This English Sparkling Wine has an attractive golden copper hue. It shows a delightful bouquet of ripe stone and citrus fruits lifted by floral notes. On the palate, baked apples are layered with complex notes of toasted almonds, characteristic of a generous bottle-ageing. A rich, yet beautifully balanced wine with delicate bubbles, a silky texture and a long, lingering finish. This wine is drinking well now but will undoubtedly continue to improve with bottle age. The winter preceding the 2015 growing season was a cold one which vines tend to enjoy as it encourages a well-earned rest. Spring arrived later than usual with budburst taking place in early April, thankfully avoiding the frosts. Cooler temperatures in August slowed the growing season down, resulting in a slightly later than normal veraison. By harvest time, the fruit was ripe with perfect acids and Roebuck could be incredibly exact on picking dates ensuring optimal levels of sugar, acidity and aromatics. Roebuck’s vineyards span the width of the beautiful county of Sussex, in the South of England. They are fortunate to have a variety of soil types giving them a multitude of stylistic elements to play with when it comes to blending their wines. All the fruit destined for their bottle-fermented sparkling wines is harvested by hand and whole-bunch pressed. Their Blanc de Noirs 2015 has been bottle-aged for a minimum of 48 months giving the wine additional richness, depth and complexity.

As the fine bubbles rise to the top of this pale gold wine, aromas of wild strawberries and raspberries emerge along with crème brûlée and meringue. Flavours of mandarin, toasted almonds and pastry lead into vanilla. This premium English Sparkling Wine balances elegance and richness in perfect harmony, with refreshing acidity and a textured, decadent finish. In 2013 budburst occurred at the end of April, about two weeks later than average due to cool temperatures in March and April, and the cool temperatures continued through June. Flowering started in the second week of July, and a great fruit set was observed two weeks later, thanks to a warm and dry month. The second half of the season, from August onwards, was moderate and fine, enabling the fruit to ripen gradually. Harvest started on 8th October and finished on the 24th. A late burst of warmth that month allowed Nyetimber to bring in nicely balanced grapes. 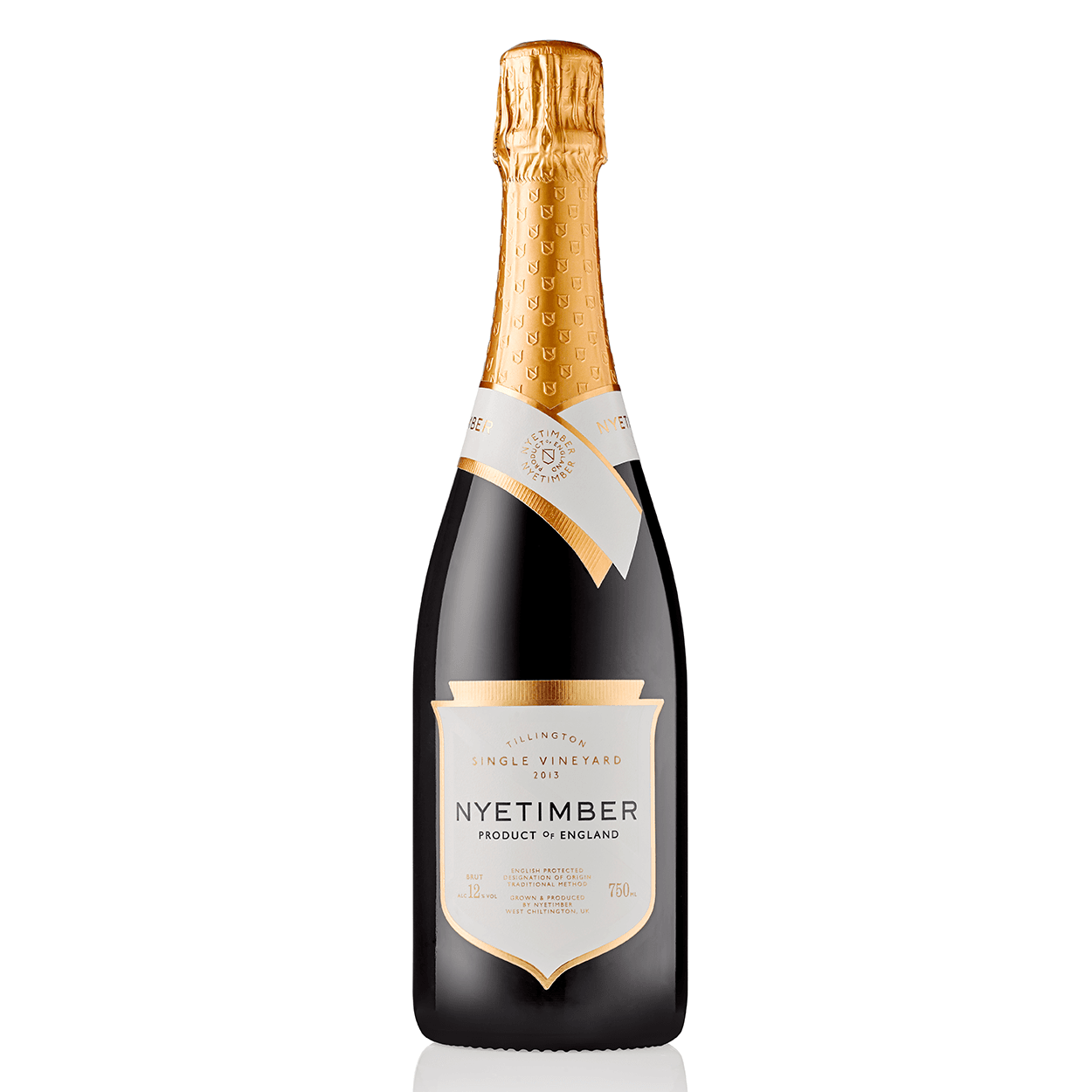