This Blanc de Blancs shows Nyetimber’s classic signature of delicate floral and citrus aromas followed by subtle vanilla and toast flavours, but now with a pure crystalline core thanks to the inclusion of Chardonnay from their Hampshire vineyards. It is a lovely pale gold in colour with a fine bead. A long, complex finish makes this a wine to be savoured. In 2013 budburst occurred at the end of April, about two weeks later than average due to cool temperatures in March and April, and the cool temperatures continued through June. Flowering started in the second week of July, and a great fruit set was observed two weeks later, thanks to a warm and dry month. The second half of the season, from August onwards, was moderate and fine, enabling the fruit to ripen gradually. Harvest started on 8th October and finished on the 24th. A late burst of warmth that month allowed Nyetimber to bring in nicely balanced grapes.

www.jancisrobinson.com tasting note: “Pale straw with a greenish tinge. Very light, flirtatious nose. This tastes as though it has been deliberately styled to contrast with the Classic Cuvée that is a blend of different varieties. Quite marked, though not excessive, acidity. Really delicate texture. Tightrope balance. A ballerina of a wine with convincing persistence. Rather pure. Not trying to be champagne. 17/20” (Jancis Robinson)

Nyetimber's perfect greensand and chalk soils allow its vines, in each of its nine separate sites, to flourish across the three counties of Sussex, Hampshire and Kent. The gently south-facing slopes t...

Delicate pink in appearance, aromas of cherry, wild strawberry and cranberry combine with more developed brioche and fresh pastry notes. The palate balances soft summer pudding fruits, a vibrant citrus streak and a long, rounded finish. Gusbourne has 60 hectares at Gusbourne Estate in Kent and 30 hectares in West Sussex that are planted with the 3 classic varieties of Chardonnay, Pinot Noir and Pinot Meunier. The distinct terroir and exceptionally mild microclimates of the surroundings add their own depth and complexity to the wines, and Gusbourne aims to allow the combination of site, soil and hard work in the vines to reflect in every bottle. WineGB Gold medal winner 2019. www.jancisrobinson.com tasting note: “Very youthful red fruit, crisp and zippy with light body. A little less defined than the 2014, but there’s still lovely refreshment and decent persistence. 17/20” (Richard Hemming) 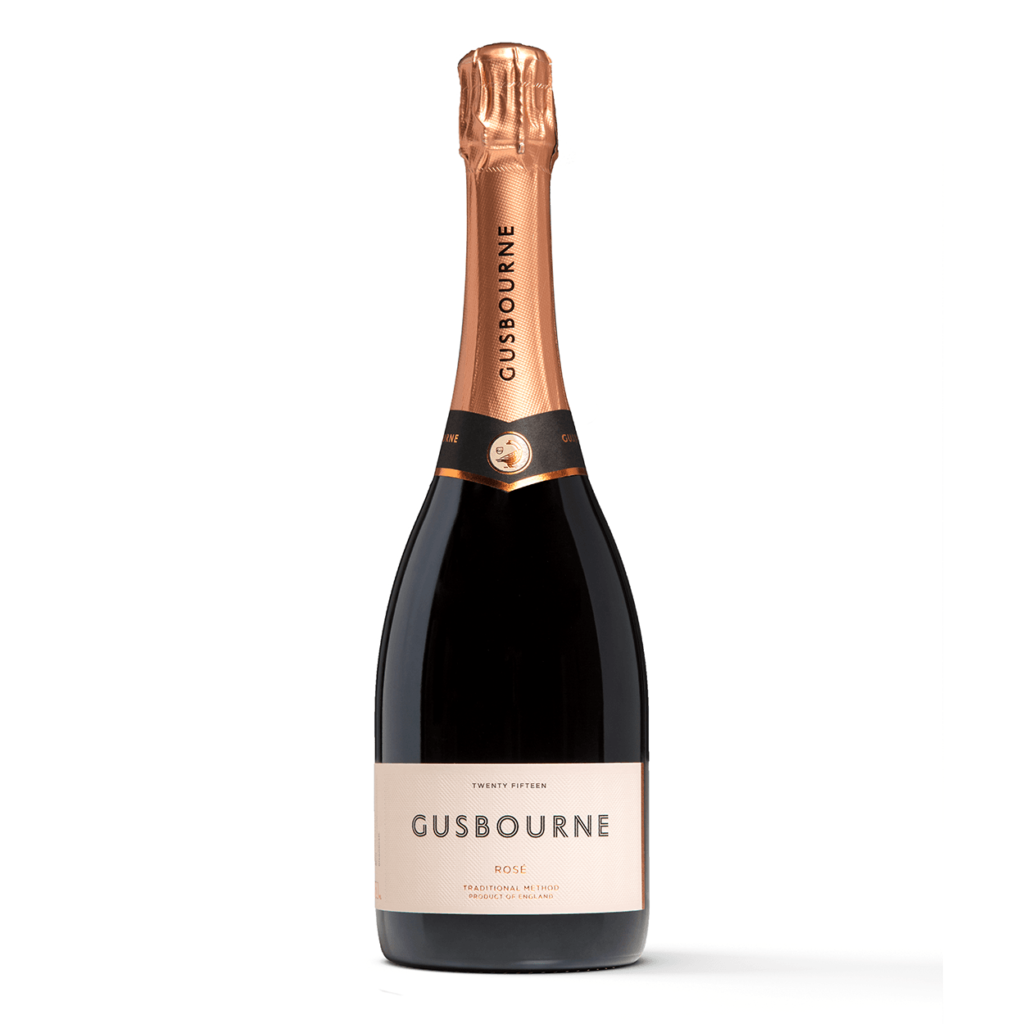