For fifty years my wife’s father has been a milkman in the Forest of Dean, a beautiful part of England, bordering Wales on the “wrong side” of the Bristol Channel. It is traditional for customers to leave a Christmas gift for their milkman, and many boxes of chocolate and bottles of wine appear on the doorsteps in December for him to take home. As he and my mother-in-law are not big drinkers of alcohol of any type, a few of these bottles are generously donated to raffles over the course of the following year… only for some of those self-same wines to reappear on a doorstep the next December.

When we visited for Christmas 2012, we relieved them of a crate of assorted recently gifted wines that they would be unable to get through, including the pictured 1999 Black Tower Rivaner, a venerable bottle indeed, which had clearly hit double figures on the doorstep/raffle cycle.

It so happened that I had recently installed an air-con unit, the Fondis C25, in my domestic wine store. This wonderful piece of equipment keeps the temperature within the 10-14 degrees Celsius range and moderates the humidity levels too, although only when the humidity is too high. A plastic tube extrudes from the unit and down it drains the excess moisture captured from the air. It is this, rather than a giant straw for imbibing the German nectar within the bottle, that you see in the photo. If I had bothered to read the instruction manual, it probably would have advised drilling a hole and running this tube to the exterior where it could freely drain away. Instead, I plonked the end of it into the empty Black Tower receptacle.

For many months of the year, I needn’t think about this set-up. For a few weeks in summer, I have to regularly check, or the bottle will overflow (for summer vacations, the bottle is replaced by the big white fermenting tub next to it in the picture, in case you wondered).

Now, I don’t keep meticulous records of how often I empty the bottle, but my gut feel this summer was that the disgorgement of air-con run-off has been much more frequent than in prior years, suggesting humidity levels have been relatively high. Combined with what has been a wetter summer here in Cambridge than I can remember for a long time, my thoughts naturally turned to the matter of mildew.

As students of vineyard management will know, there are three main types of fungus that might negatively impact grapes and vines:

There are preventative measures that vineyard managers will take to ward off the occurrence of these fungal threats, spraying with sulfur and copper compounds being chief amongst them. The key thing is that these have to be done prospectively – you can’t spray after the rain / humidity, it’s too late then. And rain too soon after the spray is bad as well, as it would wash it off before it can be absorbed. Visiting Albourne Estate yesterday, they were just about to commence one of their regular, scheduled anti-botrytis sprays, and worrying whether the weather would stay clear overnight, rain being a possibility.

Even during the wonderful 2018 vintage most English vineyard owners would have sprayed, although they may have risked doing so less frequently than usual. Non-chemical solutions involve canopy management, to improve air flow within the vines and vineyard, which will decrease humidity levels at the surface of the plants.

So, what does this mean for the 2019 vintage of English wines?

From my discussions with English wine producers over the past few weeks, the overall characterisation of the season so far would be “better than average but not outstanding”. April frosts threatened, with a run of nights hovering around 0 to -1 degrees. Bougies and frost blowers were put out in several instances, but in the end it seems that almost everyone escaped serious damage. The critical flowering period went well, with minimal rainfall, resulting in good fruit-set of decent sized bunches. As always, things vary by location and variety, with Bacchus seemingly not thriving this year in several vineyards, for reasons not fully understood. Temperatures have been reasonable, with Growing Degree Days (an industry standard measure of the amount of heat the vines are exposed to) to the end of July being in line with the 1981 – 2010 long term average.

So the potential for another decent-sized, high-quality harvest exists. However, those who haven’t been meticulous with their vineyard management will find themselves at higher risk of fungal infection, which could ruin the fruit. This might be due to lack of training, although this is fairly basic stuff (and everyone in the English wine industry seems to have done a course at Plumpton!), but more likely not having the resources to thin canopies to prevent leaf bunching, or undertake regular enough spraying. All of the largest producers will have it absolutely under control.

The few organic English vineyards may find things harder, although they are allowed to use sulfur and copper sprays, albeit at a more restricted level. However, Will Davenport, of Davenport Vineyards, reports that they have made fewer sprays and have cleaner grapes than in most years – their Pinot Noir and Auxerrois in Rotherfield being completely clean.

For those who navigate this threat, September will prove to be a critical month. A dry, Indian summer September would be just the ticket. A cool, grey month may force English wine producers to hang on later than they have done for several years.

Adnams from grain to glass, their Copper House Gin is distilled from East Anglian malted barley at their small-batch distillery in Southwold. Their copper pot stills are handmade and create a wonderfully flavoursome spirit. This smooth, rich spirit is then redistilled with six carefully chosen botanicals to impart their distinctive aromas and flavours: Juniper Berries, Orris Root, Coriander Seed, Cardamom Pod, Sweet Orange Peel and Hibiscus Flower. Of these botanicals, it’s probably the hibiscus flower which is the least expected. 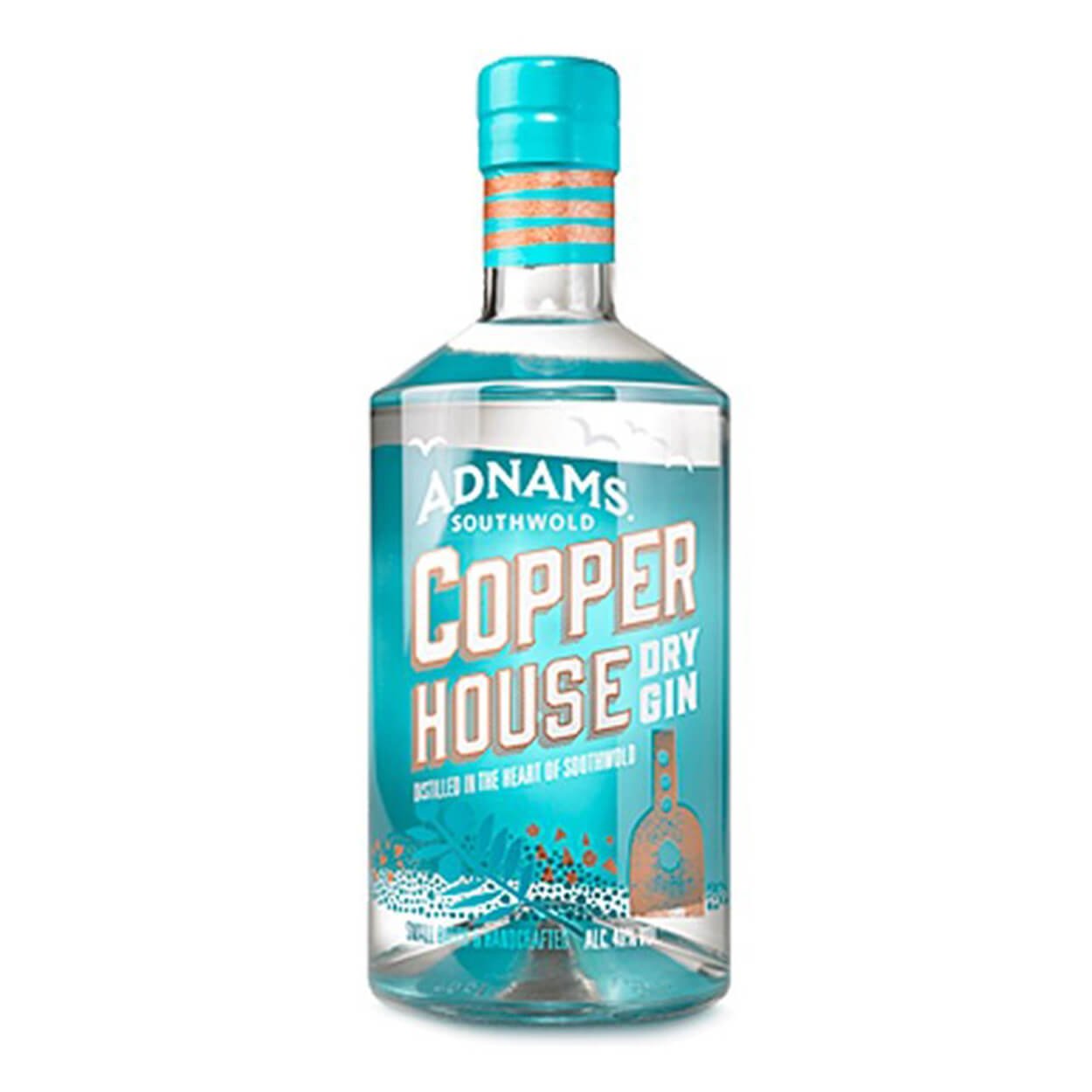