This is rather special. It can’t be called Port, because it’s not from the Douro in Portugal, but this wine is made in the same way as a Late Bottled Vintage Port. Regent grapes from the 2015 harvest were vinified and then spirit added to stop the fermentation, leaving residual sugar in the fortified wine. The wine then sat in barrel for 4 years before being bottled, and each one of the 487 bottles was then hand sealed with red wax by the winemaker, Robb Merchant. The liquid displays powerful blackberry and bramble flavours, and is rich, soft and lingering on the palate. Limited in number, and unique in style within these shores, this is a real gem of a wine.

We would strongly recommend decanting this fortified wine 1-2 hours prior to drinking it, to allow it to blossom fully. It will also age fantastically over the next 5+ years.

White Castle Vineyard is a Welsh vineyard situated near the market towns of Abergavenny and Monmouth it is owned and run by Robb and Nicola Merchant....

The Stanlake Park Grand Reserve NV is a superb example of the winemaker’s art, with the best samples of Rondo, Regent and Dornfelder from across three years (2015-2017) blended together and given time in French oak to add body and complexity. There are soft but intense red and black berry flavours mingled with vanilla and sweet spice from the oak, making a complex but very approachable red wine that is a flagship example of an English red blend. The beginnings of the Stanlake Park estate were around 1166 when the land was held by Patrick Earl of Salisbury. During the second half of the 20th century Stanlake Park was owned by the Leighton family, of which Jon Leighton had the vision to plant a vineyard in 1979, when a small test area of 500 vines was planted. The original vineyard was known as Thames Valley Vineyard, but was later renamed after the Stanlake Park estate itself. The initial test area was then expanded to over 15 acres and more than 10,000 vines. Stanlake Park grows a large number of grape varieties – including Bacchus, Schönburger, Madeleine Angevine, Seyval Blanc, Triomphe d’Alsace, Gewürztraminer, Ortega, Dornfelder, Siegerebbe, Optima, Pinot Grigio and the classic Champagne varieties Pinot Noir, Meunier and Chardonnay. There are also several different trellising systems used, including some unique to the Estate – the “Stanlake Bow” and the “Stanlake Ballerina”, which is a variant of the Smart-Dyson Ballerina, in effect a mid-height Sylvoz system; this system is ideal for England’s long cool growing season, giving the resultant fruit a perfect balance between quality and yield. The careful hand harvesting of the grapes usually starts at the beginning of October. Winemaking takes place within a 17th Century Reformation barn which houses the largest winery in Berkshire, capable of handling over 200 tonnes of fruit in any one season. Our disgorging line was one of the first being used in England. The fastidious attention to detail in the vineyard continues in the winery, where the entire process is carefully monitored and controlled by Nico Centonze, Stanlake Park’s winemaker. 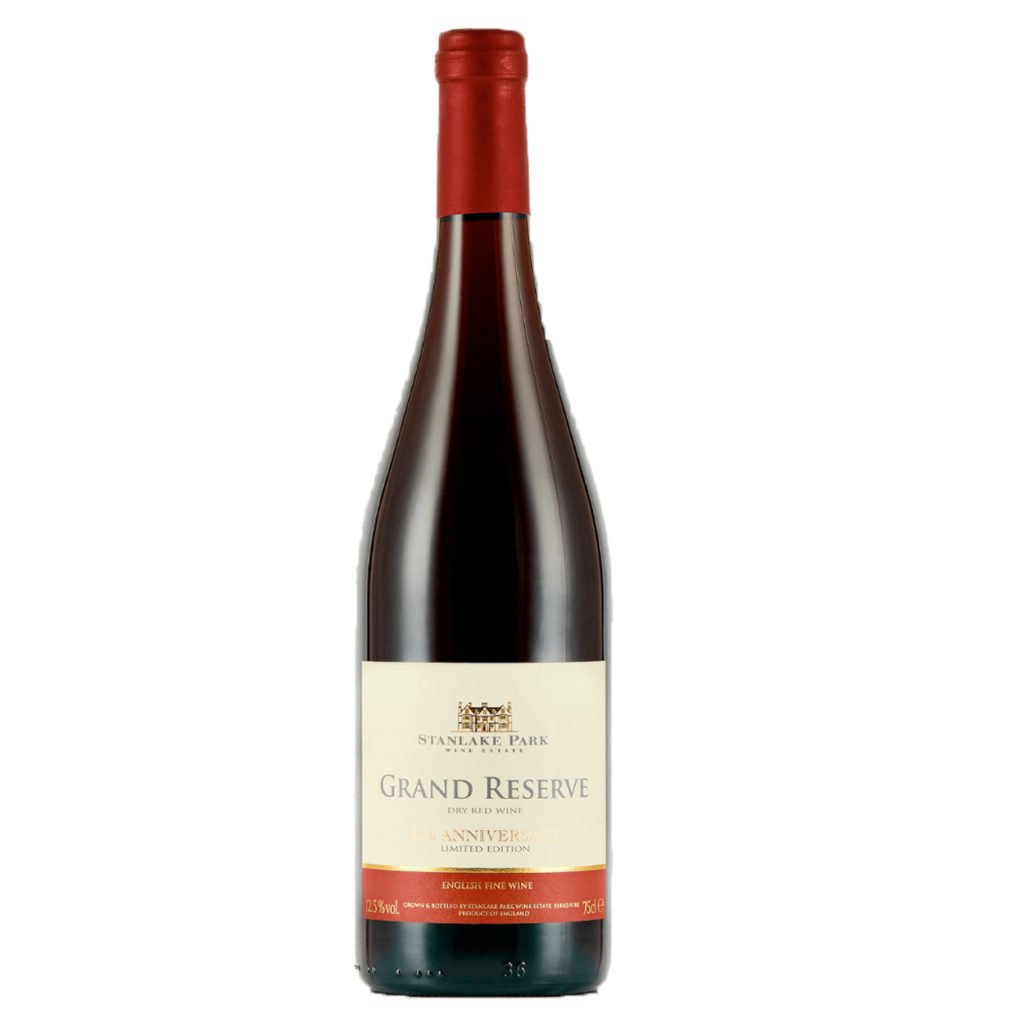