11.50% ABV
Green apple and citrus, subtle oak to round it out, full but fresh

A rare example of a still English Chardonnay. This was made from the 2014 and 2015 vintages and has spent 12 months maturing in Davenport’s large oak vats. The oak is very subtle, while the wine has typical aromas of a light cool-climate Chardonnay – think apple and citrus. Davenport only produce this style of wine is the best vintages and in other years the Chardonnay is used to make sparkling wine. The wine is unchaptalised and unfiltered, with a natural yeast ferment. This wine has tartrate crystals in the bottle, a result of the natural winemaking methods. These can be easily settled and don’t affect the flavour of the wine at all. In 1991 Will Davenport planted 5 acres of vines at Horsmonden in Kent, while simultaneously working for a Hampshire vineyard and, unintentionally, this became the beginning of a life-long business as a wine producer. Over 25 years later the vineyards now make up 24 acres, grown on 5 parcels of land, 9 grape varieties and a multitude of soil types and micro-climates. The vineyards are mostly at Horsmonden in Kent, with a smaller vineyard next to the winery at Rotherfield, East Sussex. Will was always a keen supporter of organic farming and in 2000 he made the decision to convert all the vines and winery to organic systems, certified by the Soil Association. At the time this was a huge risk, but ultimately the vines are in great shape, the fruit quality is second to none, and the wines show a depth of character that Davenport believe could not be achieved with the use of chemicals in the vineyard and winery.

Davenport Vineyards was started by Will Davenport in 1991, and today produce a number of organic wines from their 24 acres, using 9 Grape varieties.2021 vintage reportWe’re ...

We’ve always been enormous fans – and so have our customers – of the Harrow & Hope English Sparkling Wines, made by Henry Laithwaite at his vineyard in Berkshire. We’re delighted to now be able to offer this gorgeous English Sparkling Wine made by Henry from grapes from his mother’s vineyard, Wyfold, in Oxfordshire. The wine is Chardonnay-predominant and exhibits an energising zing of taut acidity and minerality, elegant summer fruits and apple patisserie flavours. It has a beautiful mouthfeel, with a creamy mousse.Wyfold Vineyard is nestled amongst the rolling hills and pristine forests on Wyfold Lane, South Oxfordshire. The south-facing slope is planted with the three classic Champagne grape varieties … basking in the sunshine by day then having all their lovely flavour locked in by the chilly nights – the vineyard is at 120m altitude. The soil there in the Chilterns is special too, with deep gravel over chalk (chilt is saxon for chalk) creating excellent drainage and giving Wyfold its acclaimed freshness and minerality. Some years it’s the last southern English vineyard to be harvested and that long season is key to the deep flavours. 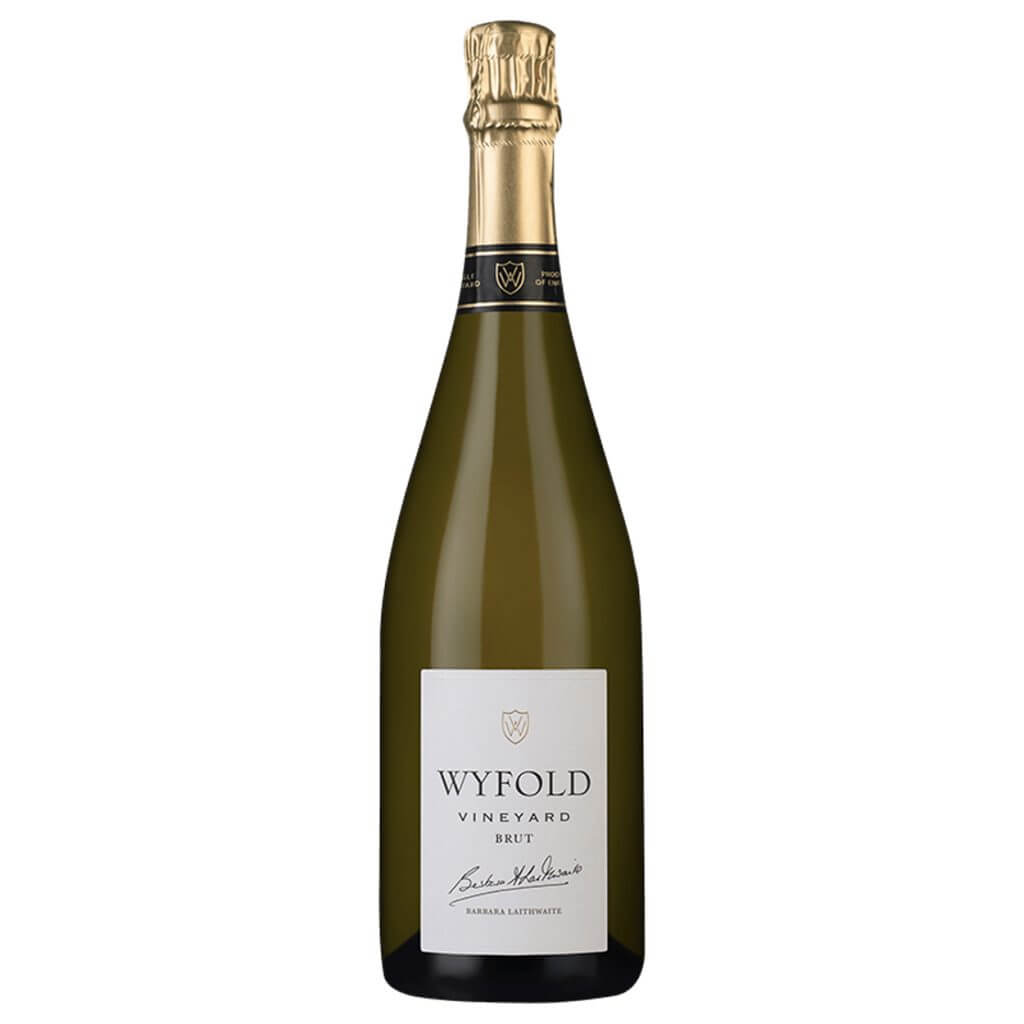