An off-dry “house” white, this is an aromatic wine with peach, lemon, melon and hedgerow notes. The Three Choirs Vineyard is south facing on sandy loam soil with a GDC trellis system with 800 vines per acre or 2000 per hectare. Most vines are 10-20 years old, all grapes are hand-picked. The 2017 harvest produced an above average crop with good ripeness levels and most importantly a good level of crisp acidity. The wine required minimum intervention in the winery and produced a wine of typical varietal character.

Three Choirs is one of England's oldest vineyards. In 1973, they planted their first vines when local wine retailer Alan McKechnie started harvesting the vines on his small fruit farm. This expanded t...

This characterful red shows the Regent grape at its best. With the typical colour intensity of its type, substantial but well-integrated tannins and ripe blackcurrant and red plum flavours, this wine is an excellent match with many types of meat. It comes from White Castle Vineyard, a Welsh vineyard situated near the market towns of Abergavenny and Monmouth, owned and run by Robb and Nicola Merchant. Having purchased the 12-acre smallholding in 1995 they converted the milking parlour into their home a year later, however, it was 2008 before the dream of owning a vineyard become a reality, the 5 acres gently sloping, the south-facing field was purchased, soil tests were performed and vines ordered. May 2009 saw the planting of 4000 vines of Pinot Noir, Regent, Rondo, Seyval Blanc & Phoenix, with May 2010 seeing a further planting of Siegerrebe 800 vines. May 2019 marked their 10th anniversary since first planting and to mark this milestone they have planted a further 2000 vines of Pinot Noir and Cabernet Franc. 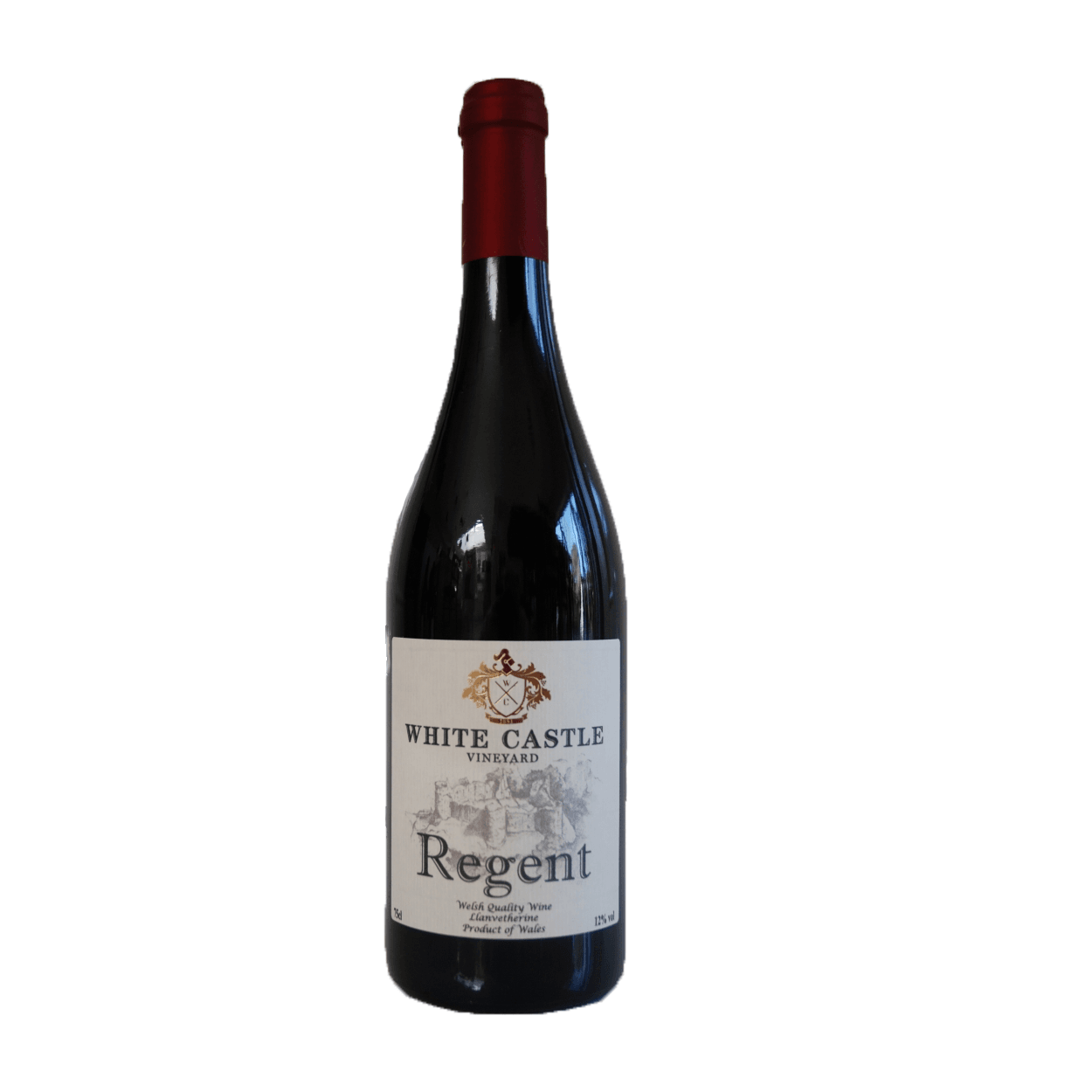