Stanlake Park’s flagship wine is made using the authentic Traditional Method, with the same grapes and yeast as French Champagnes; it shows a complex bouquet of dried apple, pear and yeasty notes. Velvety and creamy on the palate, this wine is perfect for a classy toast. The wine is aged for 4 years after a second fermentation in the bottle and further matured in cellars before release.

The beginnings of the Stanlake Park estate were around 1166 when the land was held by Patrick Earl of Salisbury. During the second half of the 20th century Stanlake Park was owned by the Leighton family, of which Jon Leighton had the vision to plant a vineyard in 1979, when a small test area of 500 vines was planted. The original vineyard was known as Thames Valley Vineyard, but was later renamed after the Stanlake Park estate itself. The initial test area was then expanded to over 15 acres and more than 10,000 vines. Stanlake Park grows a large number of grape varieties – including Bacchus, Schönburger, Madeleine Angevine, Seyval Blanc, Triomphe d’Alsace, Gewürztraminer, Ortega, Dornfelder, Siegerrebe, Optima, Pinot Grigio and the classic Champagne varieties Pinot Noir, Pinot Meunier and Chardonnay. There are also several different trellising systems used, including some unique to the Estate – the ‘Stanlake Bow’ and the ‘Stanlake Ballerina’, which is a variant of the Smart-Dyson Ballerina, in effect a mid-height Sylvoz system; this system is ideal for England’s long cool growing season, giving the resultant fruit a perfect balance between quality and yield. The careful hand harvesting of the grapes usually starts at the beginning of October. Winemaking takes place within a 17th Century Reformation barn which houses the largest winery in Berkshire, capable of handling over 200 tonnes of fruit in any one season. Their disgorging line was one of the first to be used in England. The fastidious attention to detail in the vineyard continues in the winery, where the entire process is carefully monitored and controlled by Nico Centonze, Stanlake Park’s winemaker.

The vineyards of Denbies Estate are situated on the North Downs, in the town of Dorking, with its famous chalky soil, in a protected valley of south-facing slopes (AONB). A total of 265 acres out of the 700-acre estate have been planted to vine, commencing in 1986. Denbies’ Surrey Gold NV is a deep lemon in colour with gold tints. A pronounced floral, honeysuckle and peach infused nose leads to a well-structured palate, with citrus and stone fruits. There is a pleasing flinty backbone to the wine and hints of spice on the finish. The fruit was sourced from the lower slopes, with its sandy limestone and perfect for elegant, refreshing wines. With harvesting taking place in September and October this ensured that the vineyard could fully benefit from the early autumn sun. The very clear juice was obtained, which was fermented at a low temperature to obtain maximum fruit characteristics from the grapes. The residual sugar level of the wine means that it is medium-dry in style. 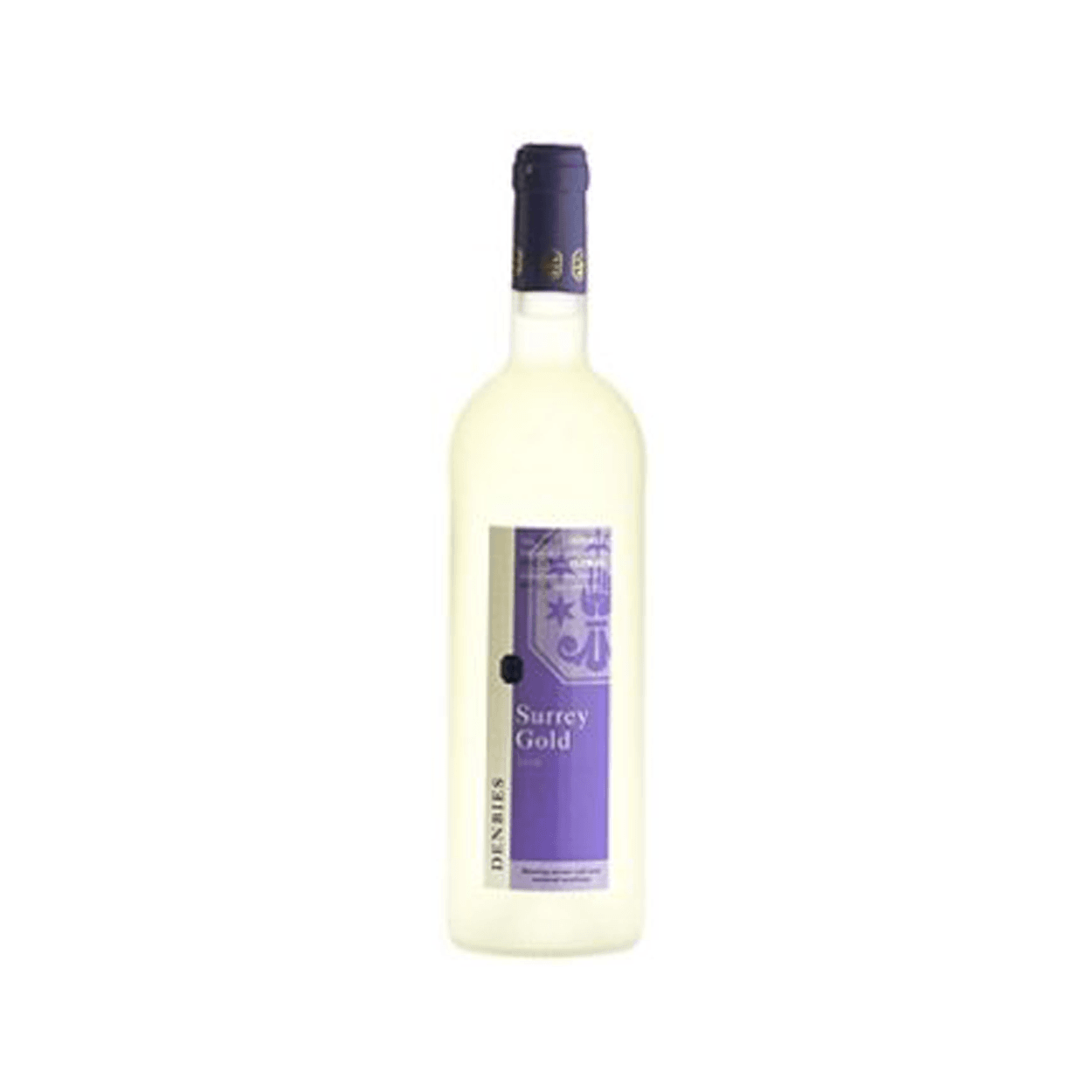