When ex-RAF pilot Bob Lindo and his wife Annie planted their first eight thousand vines in 1989, they never dreamed of the phenomenal success they would achieve within 2 decades.  They had bought their farm in the heart of the Cornish countryside several years earlier, seeking a change from service life and the perfect place to bring up their young family, and initially farmed sheep and cattle. Many awards followed over the years, with Camel Valley wines consistently winning medals at both national and international level. Their Bacchus Dry has a unique English style in the best possible way. Characteristic aromas of hedgerows and apple orchards, bright lemon-green in colour, crisp elderflower and grapefruit flavours, medium length, good intensity, with a very fresh clean finish and a hint of sweetness. The grapes were crushed and pressed and the juice cooled to 4°C to retain the special fruit characters that are unique to grapes grown in England, then fermented in stainless steel tanks at no more than 13°C. WineGB Gold medal winner 2019.

Camel Valley has been producing award-winning, world-class wines in a beautiful corner of Cornwall since 1989. The Estate boasts an idyllic setting on sun-drenched slopes near the famous Camel River; ...

The Stanlake Park Heritage Brut NV is a wonderful value English Sparkling Wine made in the traditional method style. It has delicate floral notes with hints of lemon, peach and toast, and is beautifully refreshing. There is a lovely fine mousse and the wine is enervating and uplifting. The beginnings of the Stanlake Park estate were around 1166 when the land was held by Patrick Earl of Salisbury. During the second half of the 20th century Stanlake Park was owned by the Leighton family, of which Jon Leighton had the vision to plant a vineyard in 1979, when a small test area of 500 vines was planted. The original vineyard was known as Thames Valley Vineyard, but was later renamed after the Stanlake Park estate itself. The initial test area was then expanded to over 15 acres and more than 10,000 vines. Stanlake Park grows a large number of grape varieties  including Bacchus, Schönburger, Madeleine Angevine, Seyval Blanc, Triomphe d’Alsace, Gewürztraminer, Ortega, Dornfelder, Siegerebbe, Optima, Pinot Grigio and the classic Champagne varieties Pinot Noir, Meunier and Chardonnay. There are also several different trellising systems used, including some unique to the Estate  the Stanlake Bow and the Stanlake Ballerina, which is a variant of the Smart-Dyson Ballerina, in effect a mid-height Sylvoz system; this system is ideal for Englands long cool growing season, giving the resultant fruit a perfect balance between quality and yield. The careful hand harvesting of the grapes usually starts at the beginning of October. Winemaking takes place within a 17th Century Reformation barn which houses the largest winery in Berkshire, capable of handling over 200 tonnes of fruit in any one season. Our disgorging line was one of the first being used in England. The fastidious attention to detail in the vineyard continues in the winery, where the entire process is carefully monitored and controlled by Nico Centonze, Stanlake Parks winemaker. 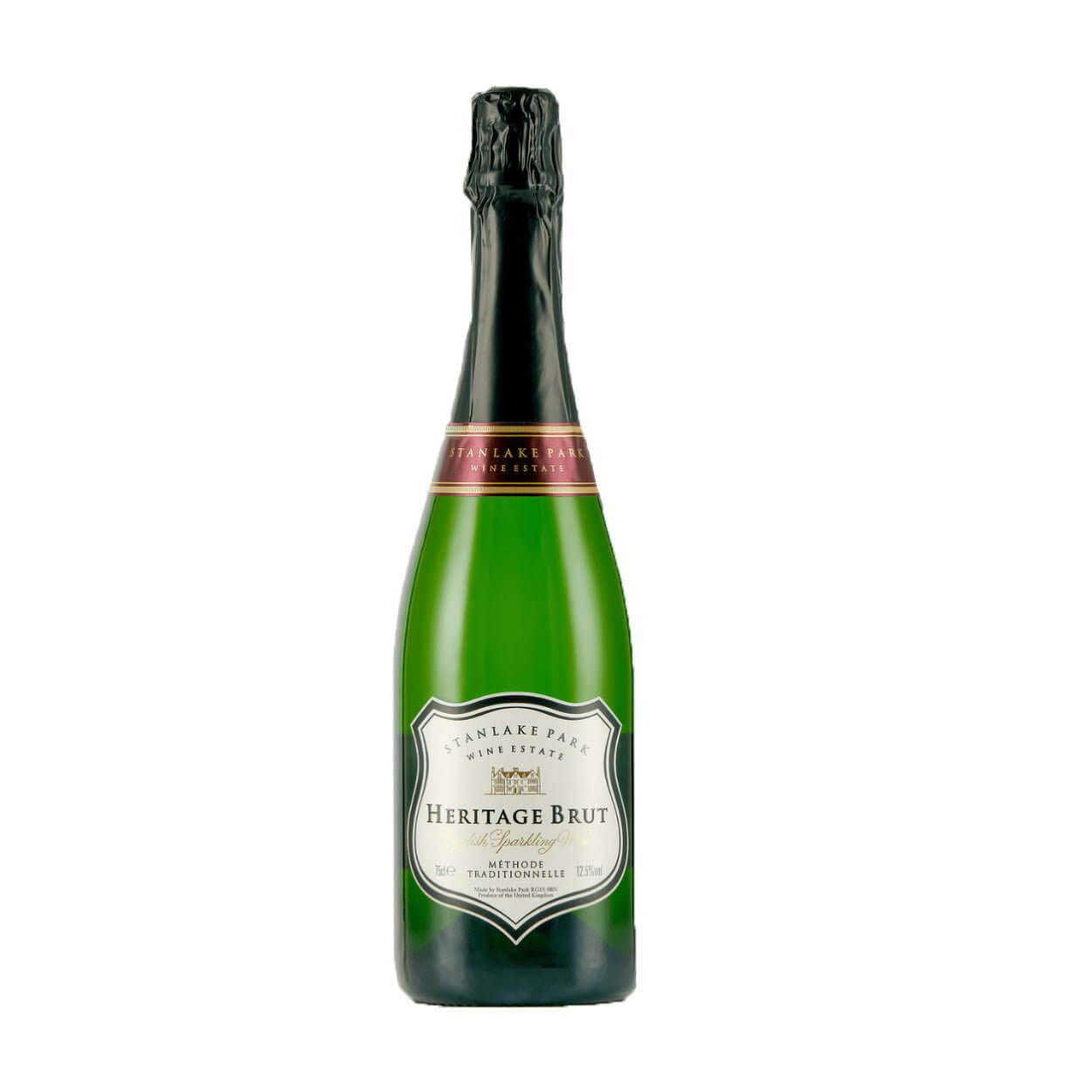